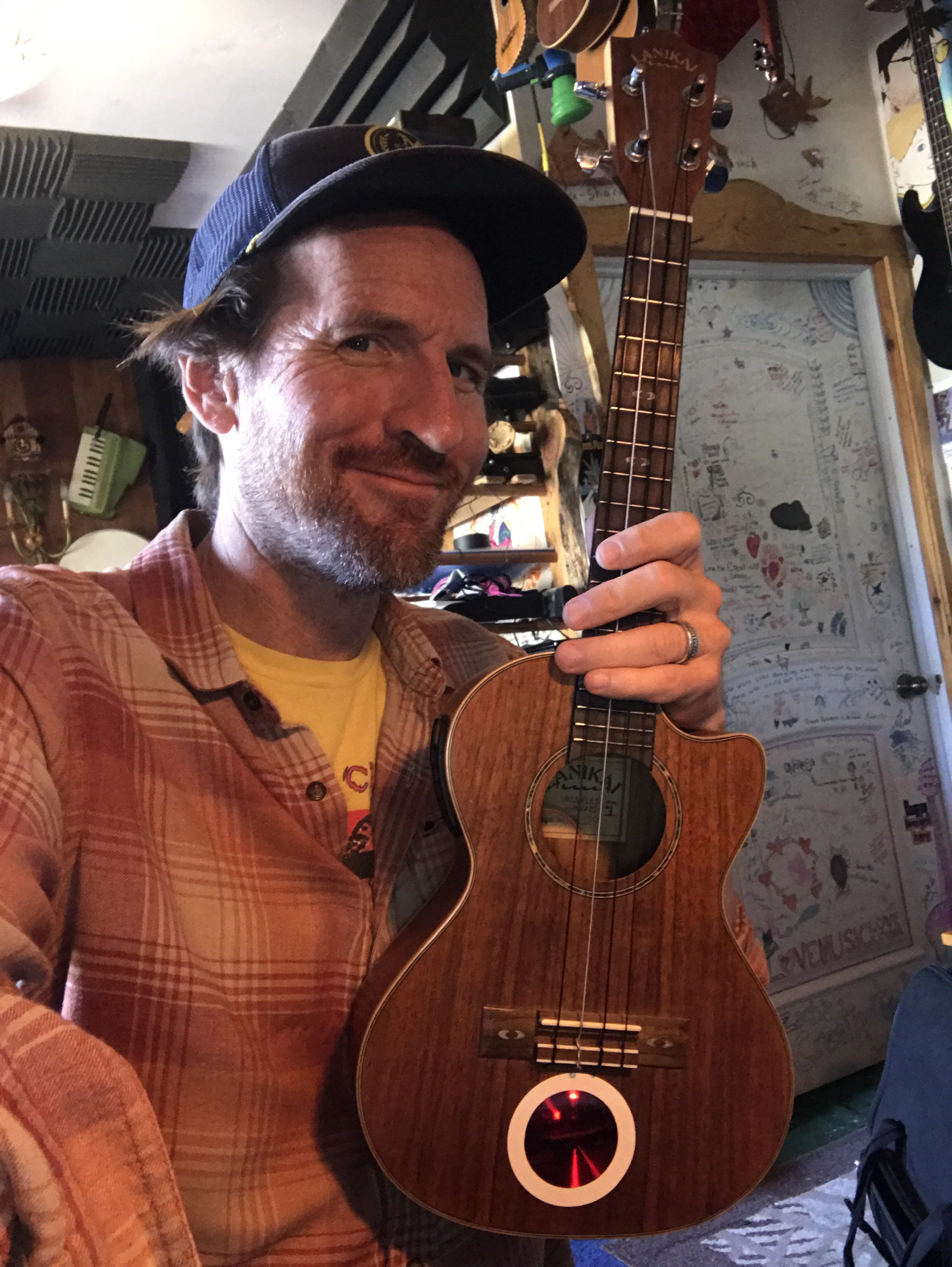 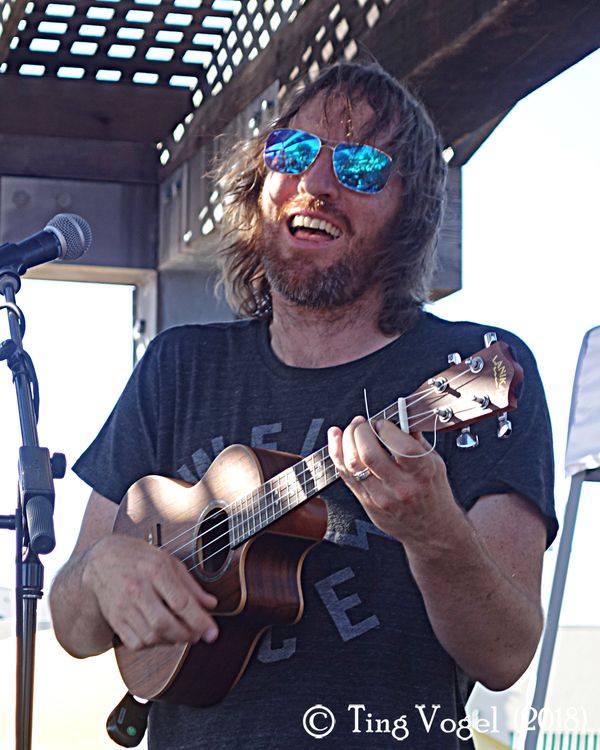 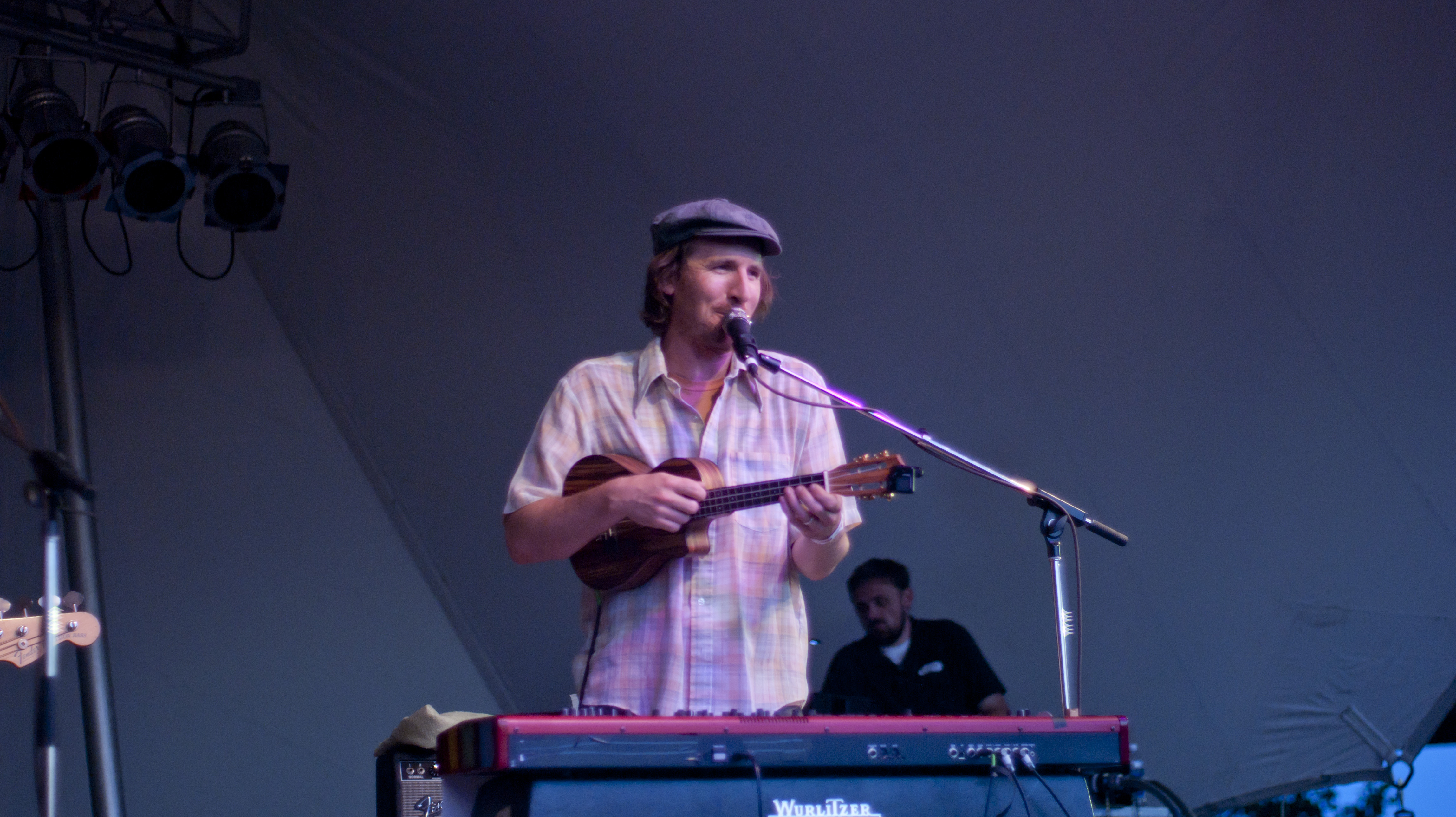 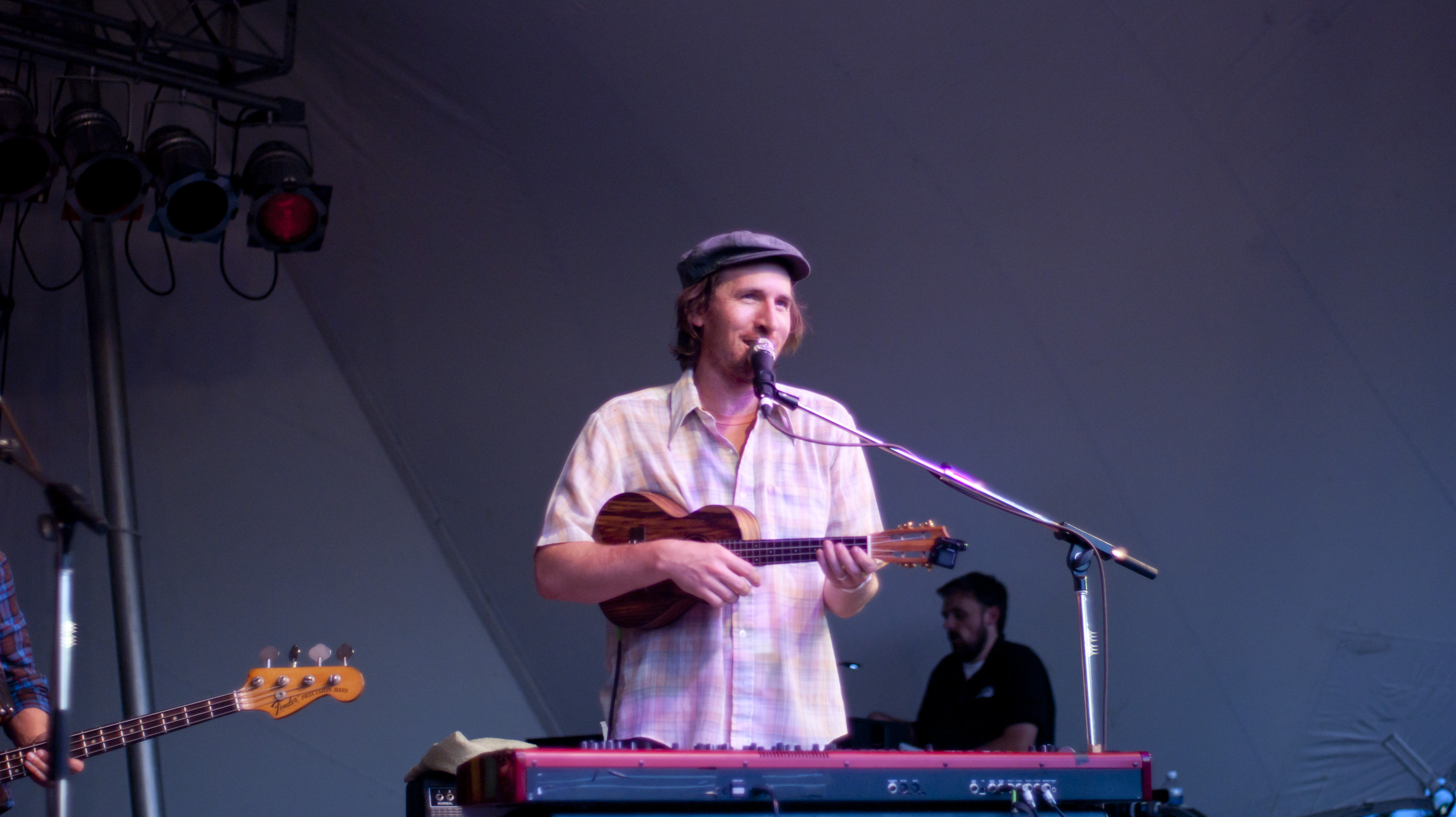 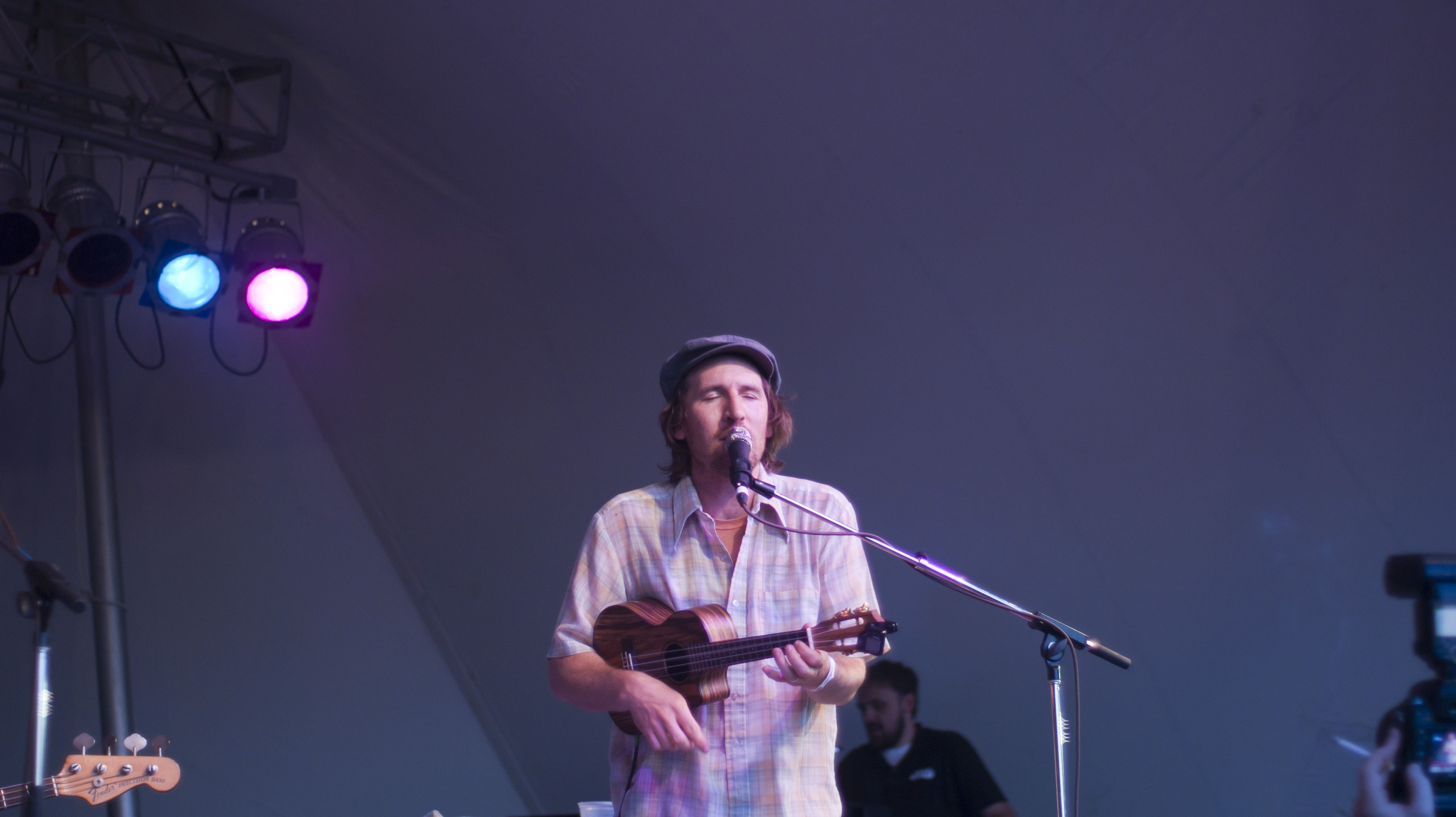 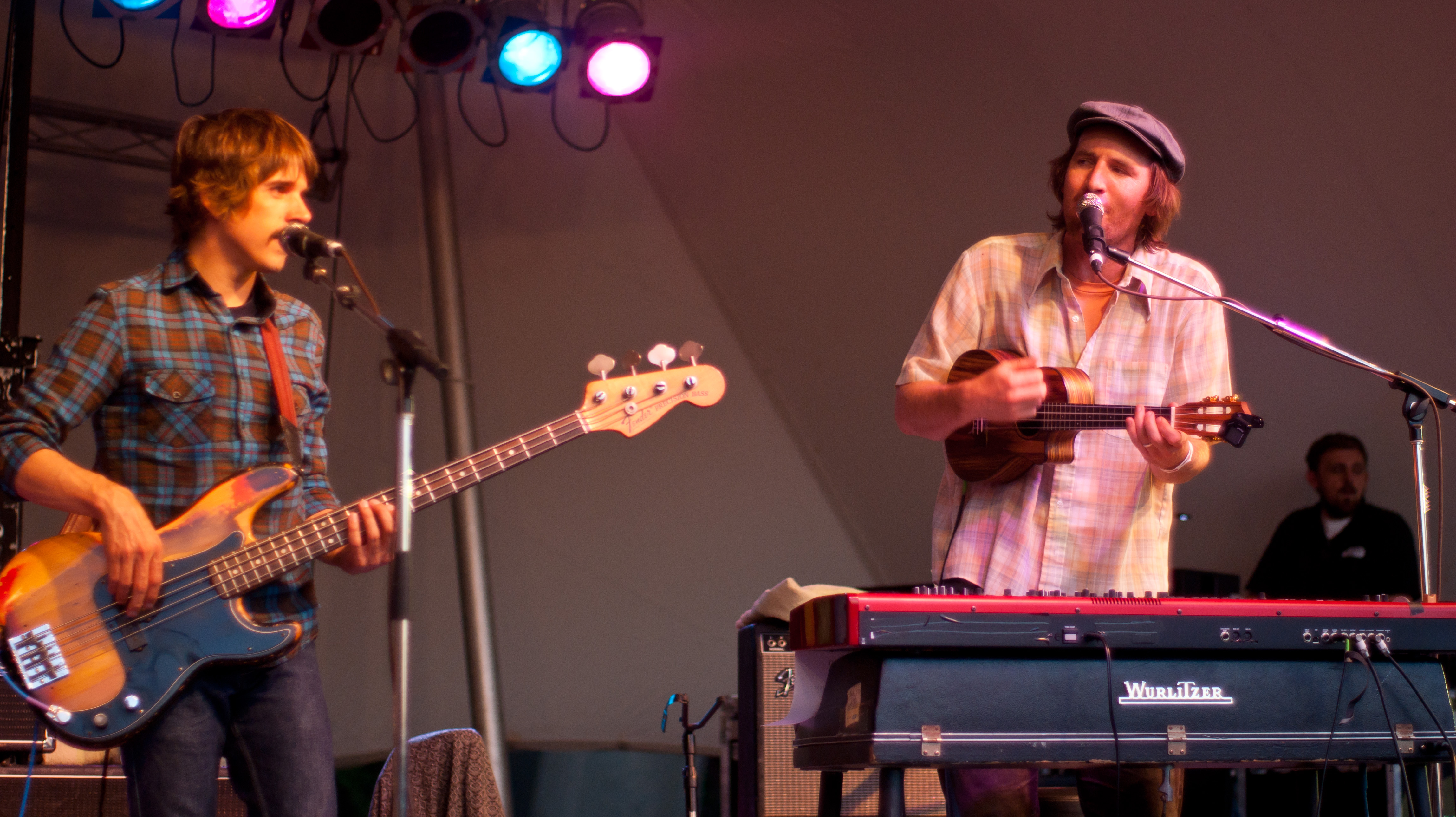 Bio: If Zach’s life were a mobile in a child’s nursery, music would be its axis. Hanging from the mobile would be a small ukulele, a collection of vintage organs and pianos, a broken accordion and other sound makers. There would be more than just musical instruments dangling down. There would be an old man’s sweater, a furry pilot’s cap, a ball of clay for shaping, and a walking stick.

Growing up in Saratoga, CA, early inspiration came from Zach’s grandmother Mabel, a church organist, and father Chuck, an ex-rocker and member of “Admiral Nelson and the Oppressed Seamen.” Zach’s future became clear during high school when he sparked a lifelong friendship with fellow musicians Dan Lebowitz and Steve Adams (aka LAG). Discovering the power of performance, the trio began playing jazz, powerpoprock, bluegrass and everything in between.

The transition from musician to performer occurred seamlessly during time spent at the University of California Santa Barbara. Destiny led LAG to Augusta, Georgia where they were indoctrinated into the world of funk and soul by the godfather himself, James Brown. Zach’s world expanded that summer and his voice as a songwriter began to unfold.

Back at school, the group evolved into a variety of projects before emerging as the Animal Liberation Orchestra. Formed in 1998, ALO’s deep repertoire of material has endeared legions of fans with Gill’s powerful vocals giving it all a soulful stamp. In 2005, he also joined forces with college pal, Jack Johnson. Accepting an invitation to join Jack’s band, Zach diversified the group’s trademark sound with his multi-instrumental zest, vocals, and dancing skills.

While ALO and Jack Johnson continue to tour, Zach nurtures his muse by constantly writing and recording music. He has collaborated with Aimee Mann and Jerry Harrison (Talking Heads) on a composition, “At the Edge of the World” for the Paramount Pictures documentary, “Arctic Tale.” His music was also featured in the “Curious George” film and soundtrack. In 2018 Zach released his second full-length solo project with Brushfire Records- an adventurous, piano and ukulele driven collection of songs entitled “Life in the Multiverse.” Zach is also finishing up a collection of EP’s entitled “Creatures” volumes 1-3. Volume 1 was released in the summer of 2019 and volumes 2 and 3 will follow towards the end of 2019 and into 2020.

Amidst all of these projects, his most pivotal roles are as a husband and father. He can often be found in his Creativity Lounge, shaping clay and recording holiday music with his daughter.

“I’ve been using Lankiai’s both in the studio and on the road for over 10 years. They sound and play beautifully!“