Walk Off The Earth 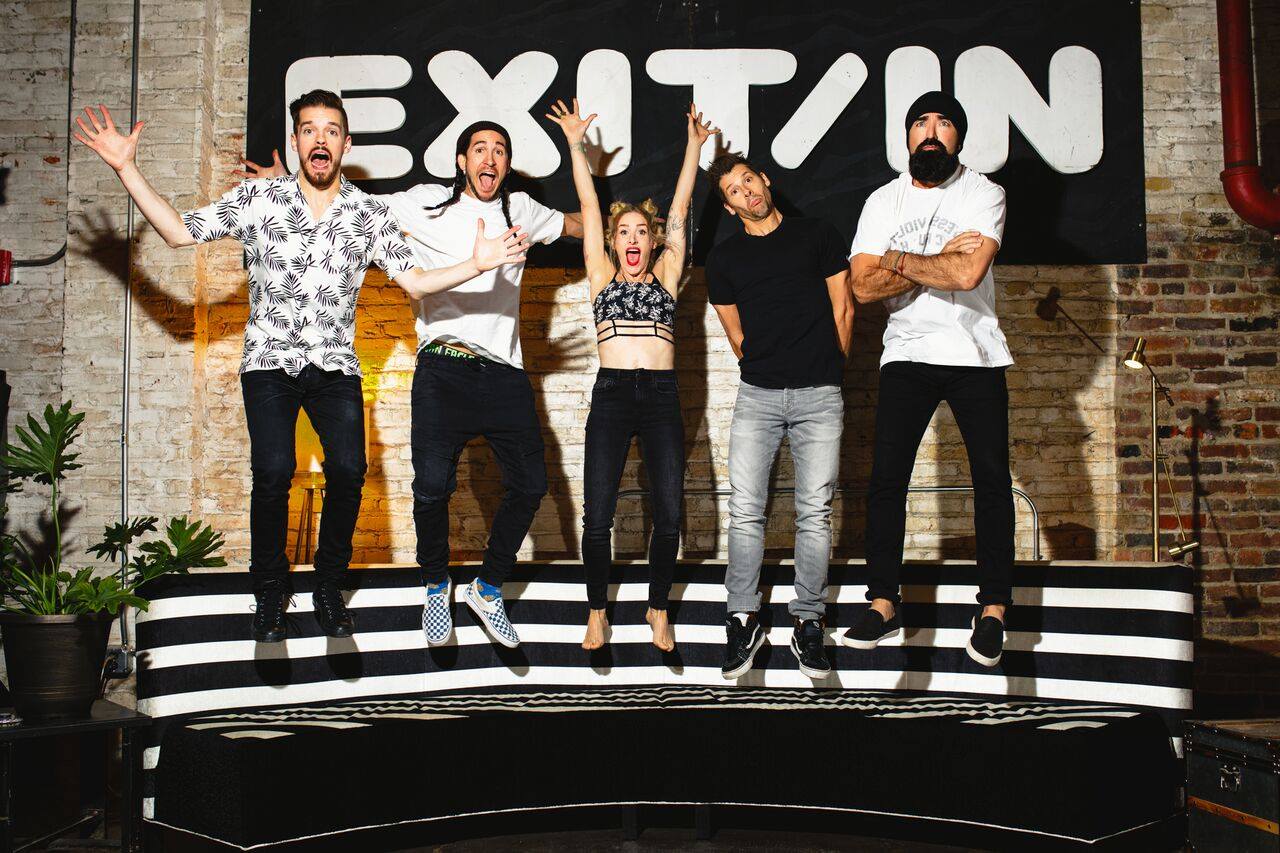 Band: Walk Off The Earth

Bio: Walk Off The Earth is a Juno Award-winning, multi-platinum musical phenomenon currently taking the world by storm. Based in Burlington, Ontario (just outside of Toronto), their brilliant 5-people-playing-one-guitar interpretation of Gotye’s “Somebody That I Used To Know” exploded on Youtube, garnering over 180 million views. Since then, the band has released a string of successful original songs including, “Red Hands” (#1 at AAA), “Fire In My Soul” & “Rule The World”; sold-out venues across the globe and collaborated with some of the biggest artists in the world (Keith Urban, Snoop Dogg & Steve Aoki).

The chemistry between the members of Walk Off The Earth is undeniable. Marshall, Sarah and Gianni’s individual vocal stylings mesh seamlessly with Taylor’s haunting harmonies and keys while soaring over epic melodic arrangements held together by Joel Cassady’s driving and prolific percussion work. Their independent spirit, unstoppable work ethic, and awe-inspiring creativity has catapulted Walk Off The Earth into new and uncharted waters with only bigger and better things on the horizon.

More about the All Solid Morado Tenor A/E Ukulele