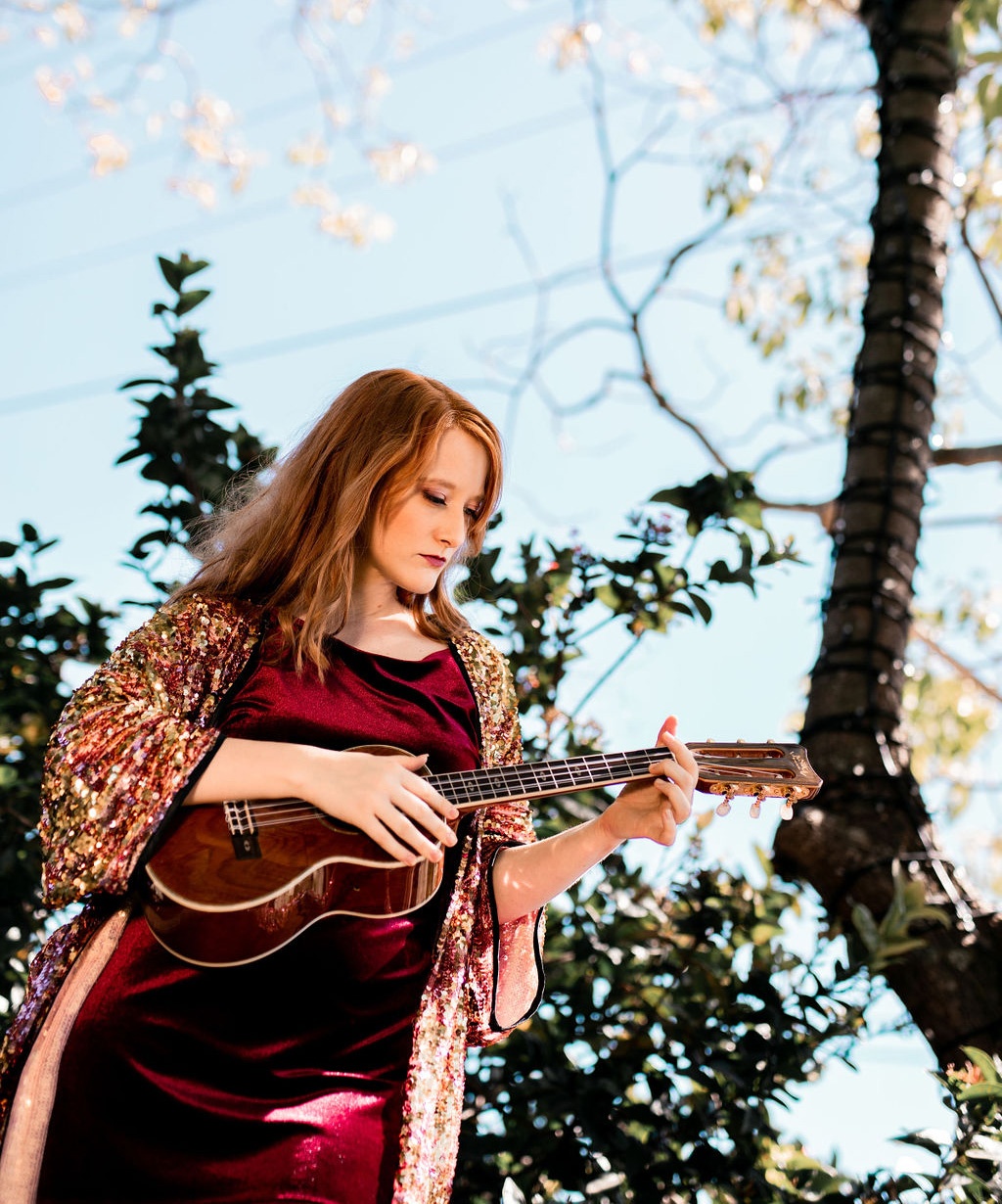 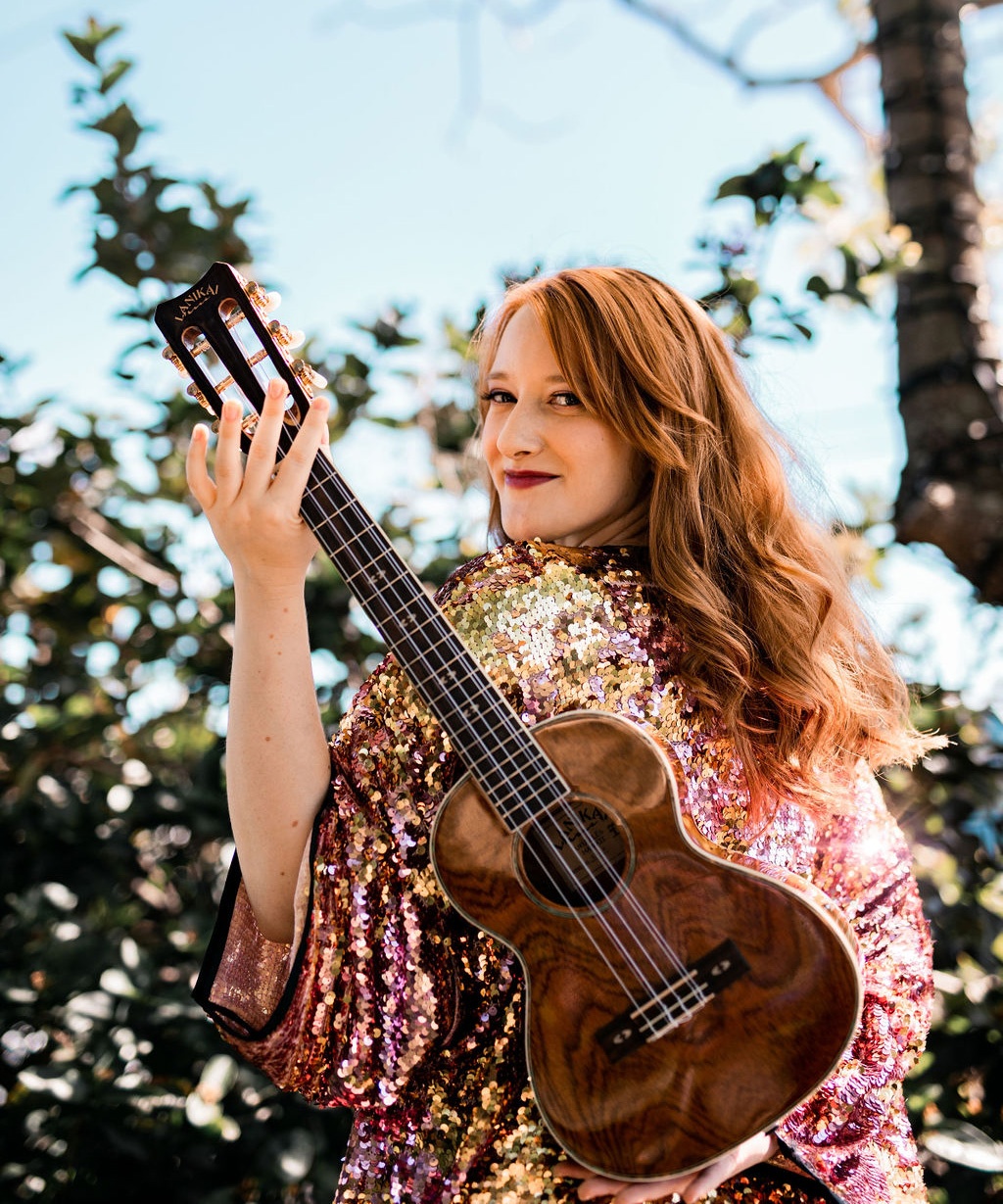 Bio:  Born to a plane-crash-surviving jazz musician and a drama-teaching actress, Miss Elm was destined to create something special and music was where her creativity blossomed.

With a 3-octave soprano range and a Ukulele in hand, Miss Elm tells honest stories via her folky, dreamy and heart-led songs. Her theatrical melodies are entwined around life-journeys and the lessons we face.

The music from her 3 independently released EP’s has been a finalist in the Qld Music Awards, featured at The Caloundra Music Festival, and received numerous spins on community radio.

2019 has seen significant musical action with new single release “Clean Slate” and numerous appearances on community radio including ABC, 4zzz and Bridge FM. Clean Slate was well received by Miss Elm’s growing fan base as a song of rebirthing, fresh starts and embracing the future.

“I first started playing ukulele when I was mesmerized by the 6 string tenor working in a music store. I loved the diversity of sound it could produce and immediately started writing songs on it. I’m now just finishing off a 5 track EP only recorded on my Lanikai 6 String Acacia Tenor and my Solid Spruce Top Baritone. I take my ukes everywhere! They are a part of me.“