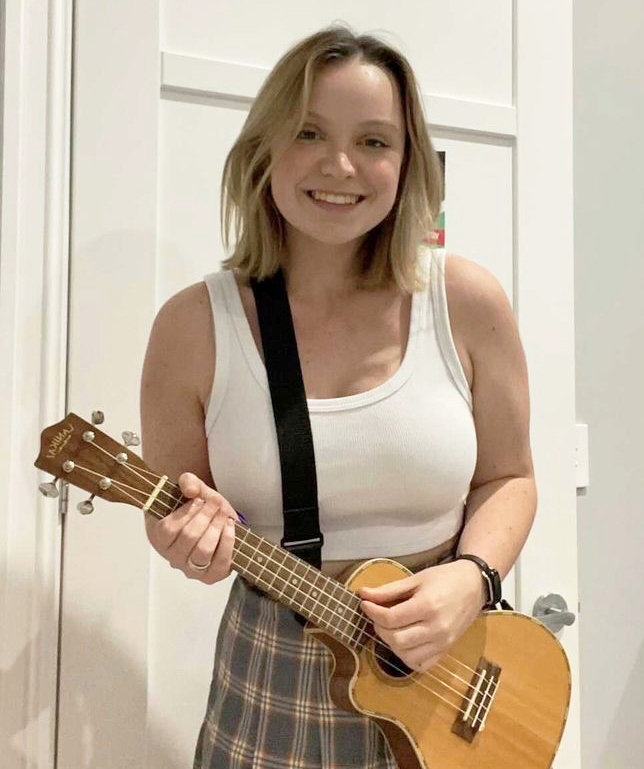 Bio:  Grace Amos is a young artist determined to be authentic.

She is a musician at her core, a multi-instrumentalist, singer/songwriter.

Things started to happen after UK pop star HRVY chose Grace to perform at his Sydney concert when Grace was just 14 years old. In the same year, she won a scholarship enabling her to attend the prestigious CMAA Academy of Music in Tamworth.

With an eclectic taste in music, Grace has since developed her own strong artistic vision, earning her thousands of loyal fans, who are eager for her social media posts and her new music.

Her 2020 debut single ‘Listen Real Closely’ is a taste of things to come. An emotionally powerful song featuring insightful lyrics, an acute artistic sensibility, exploring the concept of self-identity.

Grace has one of those instantly recognizable voices, described as warm and aesthetic, conveying emotion in her relatable stories.

Grace is also a natural performer and enjoys busking, playing in a pub, or under lights on a big stage. She’s enjoyed supporting some amazing Australian artists including Mahalia Barnes, Fanny Lumsden. Grace recently performed a beautiful duet with Katie Noonan, who compared Grace to Missy Higgins when she was a similar age.

Grace is an official endorsee for Takamine Guitars and Lanikai Ukuleles, through Pro Music Australia who are the Importers & Australian Distributors of these great Brands.

Grace fell in love with the sound of ukuleles, after listening to her favourite female country music artists from a young age.

Grace was introduced to Lanikai Ukuleles in 2020 by a friend and instantly chose Lanikai as the ukulele she wanted to play. “I’ve never played a uke with such pure tone like this!” remarked Grace after playing a uke from Lanikai’s Solid Cedar top range. She Currently Plays the LCDSTCEC Concert Model.

Grace is competing in the Byron Bay Bluesfest Busking Competition in 2021.

Grace has been busy writing new songs and has a bunch of tracks ready to be recorded for her debut indie-pop album in late 2021. Follow her Socials to stay connected!

Listen to Grace on Spotify!