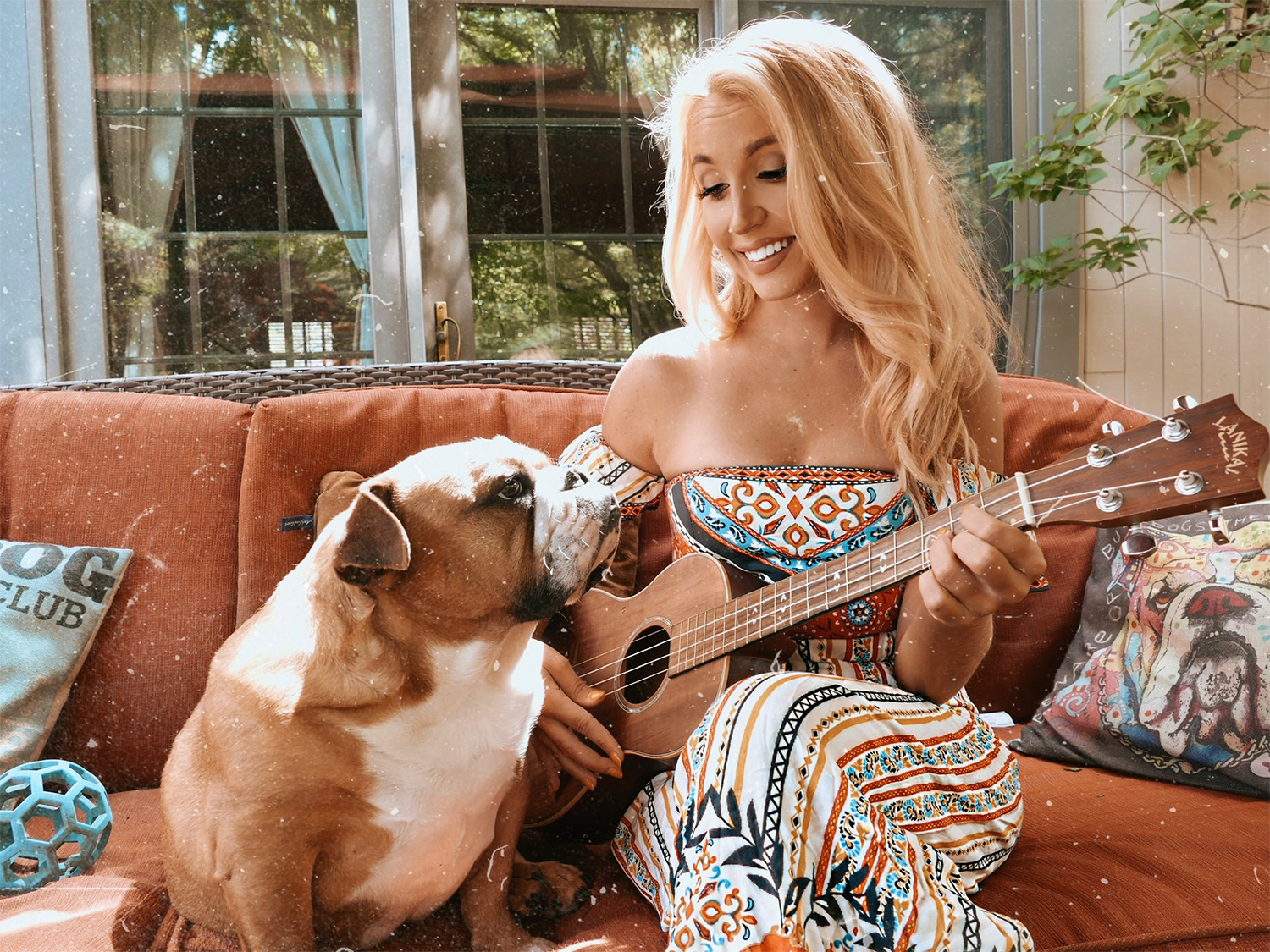 Bio:  Alissa Musto’s desire to perform began at four years old—sitting by the door with a garage sale guitar and begging her father, a professional “piano man”, to take her to work with him. He made a promise; if Alissa learned to play piano, someday she’d be able to join. Less than a year later and equipped with a wooden block to reach the sustain pedal, Alissa, the youngest and least experienced, won her first piano competition performing Beethoven’s Moonlight Sonata. Eager to follow in dad’s footsteps and adding rock and vocals to her arrangements, Alissa grabbed the attention of local talent shows, NBC’s Spotlight on the Student Artist series and at age 9, the national television series, “America’s Most Talented Kid”.

Growing up in Massachusetts, Alissa juggled a rigorous schedule at Providence Country Day School with her musical aspirations–using lunch breaks to practice, performing in local venues on the weekends and racking up local and national honors including “Piano Act of the Year” in the nationally-airing Wonderworld TV Golden Ribby Awards, top three in the 19 & under Music On & Up Showcase grand finale and top 10 in KidzStar USA, a talent search attracting 45,000+ entries. As part of the “Find Your Voice” competition, Music & Arts, the largest retail chain of band and orchestra instruments, chose Alissa and four other young artists nationwide to sponsor with new musical equipment and scholarships. Dubbed a “Rising Star of Jazz” by FirstWorks, Alissa was also asked to open for trumpet legend, Wynton Marsalis at the Veteran’s Memorial Auditorium and signed on to the SuperCuts Rock the Cut national campaign for upcoming artists.

Using her music to make a difference, Alissa became a spokesperson for environmental organization, Project GreenSchools. She was a featured performer on a slew of New England tour dates at schools, fairs and other venues and wrote the program’s theme song, which she was invited to perform at the Massachusetts State House and was presented with a citation from the Massachusetts House of Representatives. Alissa’s other philanthropic endeavors include her work as a Boston Symphony Orchestra ambassador and volunteer with numerous arts-related organizations including Girls Rock!, Harvard Reading Buddies, CityArts and Headstart. Her original project, Changing Keys, connects unused pianos with students and schools in at-risk communities and was selected for the Harvard Legal Entrepreneurship Project, the Club Passim Iguana Music Fund grant and the Miss America Community Service scholarship.

While in high school, Alissa hosted a culture and arts series on PBS aimed towards New England youth called “Teenage Critic”. In addition to interviewing guests and covering New England’s music and arts scene for four seasons, Alissa served as an associate producer during her final season. In college, Alissa hosted PunkFM, a Boston-based series featuring upcoming rock bands in the metro Boston area. She has also filmed segments with MTV, NESN, and local ABC, NBC, and FOX affiliates, has acted in several music videos and small film projects, and has appeared in Professor Marston and the Wonder Women, Netflix’s The Society, Showtime’s SMILF, Apple TV’s Defending Jacob and AMC’s Nos4A2.

On January 5th, 2015, Alissa released her debut album, “What We Saw From the Piano Bar”—the same day her biggest inspiration, Bruce Springsteen, released his debut album in 1973. Immediately following the release, her single “Black Flak” beat out dozens of local artists in the MusicToVideo contest and has been featured on radio shows and blogs nationally, including SiriusXM radio. One of six participants from over 4,300 submissions, Alissa was also selected for the House of Blues Bringing Down the House Class of 2015 and chosen as the winner of the Justine Magazine Talent Search and Needham Music Awards. After successfully completing the program, she was invited to serve on the Music Forward Foundation Alumni Advisory Board and contribute to the Foundation’s compilation album.

One month after her 21st birthday and graduation from Harvard University, Alissa was crowned Miss Massachusetts and competed in the 2017 Miss America pageant, placing as a top 15 finalist. During her year of service, Alissa continued the music education efforts she implemented as Miss Tri-County 2015 and Miss Cambridge 2016: bringing music programs into at-risk schools and speaking to students and community leaders throughout the Commonwealth about the benefits of arts education. As Miss Massachusetts, Alissa appeared on numerous news and radio shows, was honored by the Massachusetts House of Representatives, her hometown Board of Selectmen, and the Massachusetts Governor’s Office, and participated in dozens of speaking and appearance engagements at galas, award shows, fundraisers, schools, hospitals, club meetings and her personal favorite, the 116th annual Boston St. Patrick’s Day Parade—the largest St. Patrick’s Day celebration in the country. Funded by the scholarship money she won through the Miss America Organization, Alissa earned her Master of Music from the University of Miami’s Frost School of Music, where she studied Music Business and Entertainment Industries. Her academic work has been published several times in the Berklee Music Business Journal.

Alissa has graced stages across the northeast and beyond including the House of Blues, the Hard Rock Cafe, Foxwoods Resort & Casino, the Rhode Island Convention Center, the Wang Theatre, Boston’s prestige hotels, restaurants, universities, and events for corporations, charities, and political candidates. She has maintained long-term weekly residencies in the region’s premier venues and is a preferred entertainer within New England’s top agencies. As a performer for Billboard Onboard, the pop piano show aboard Holland America’s luxury cruise ships, and a resident guest entertainer for Princess Cruiselines. Alissa has dazzled audiences while sailing throughout Europe, the Mediterranean, Mexico, Hawaii, Alaska, Central America, French Polynesia, and most recently, Australia and New Zealand.

In addition to being featured in dozens of local news publications and music blogs, Alissa has been interviewed for Cosmopolitan, Conde Nast Traveler, Reader’s Digest, Insider, Thrive, Moneyish, R​​efinery29, Bustle, and SiriusXM Radio. Her 2018 acoustic EP, “X Post Facto” has been described as “hauntingly beautiful”, “captivating”, “​poignant, authentic” and​ “the millennial ballad of the century”, while she has been praised as a “jazzy-folk songwriting genius” and “your generation’s Billy Joel”. In 2019, Alissa was nominated for the New England Music Awards “Songwriter of the Year”.